The Swans of Fifth Avenue 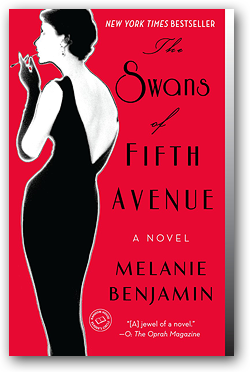 The New York Times bestselling author of The Aviator's Wife returns with a triumphant new novel about New York's "Swans" of the 1950s—and the scandalous, headline-making, and enthralling friendship between literary legend Truman Capote and peerless socialite Babe Paley.

Of all the glamorous stars of New York high society, none blazes brighter than Babe Paley. Her flawless face regularly graces the pages of Vogue, and she is celebrated and adored for her ineffable style and exquisite taste, especially among her friends—the alluring socialite Swans Slim Keith, C. Z. Guest, Gloria Guinness, and Pamela Churchill. By all appearances, Babe has it all: money, beauty, glamour, jewels, influential friends, a high-profile husband, and gorgeous homes. But beneath this elegantly composed exterior dwells a passionate woman—a woman desperately longing for true love and connection.

Enter Truman Capote. This diminutive golden-haired genius with a larger-than-life personality explodes onto the scene, setting Babe and her circle of Swans aflutter. Through Babe, Truman gains an unlikely entrée into the enviable lives of Manhattan's elite, along with unparalleled access to the scandal and gossip of Babe's powerful circle. Sure of the loyalty of the man she calls "True Heart," Babe never imagines the destruction Truman will leave in his wake. But once a storyteller, always a storyteller—even when the stories aren't his to tell.

Truman's fame is at its peak when such notable celebrities as Frank and Mia Sinatra, Lauren Bacall, and Rose Kennedy converge on his glittering Black and White Ball. But all too soon, he'll ignite a literary scandal whose repercussions echo through the years. The Swans of Fifth Avenue will seduce and startle readers as it opens the door onto one of America's most sumptuous eras. 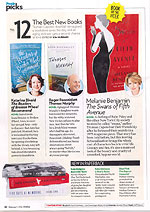 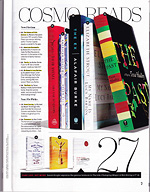 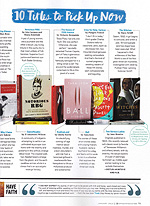 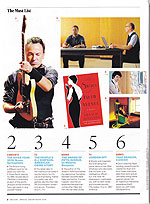 "...this moving fictionalization brings the whole cast of characters back to vivid life. Gossipy and fun, it's also a nuanced look at the beauty and cruelty of a rarefied, bygone world."
—People Magazine

"The dazzling world of the elite in 1950s and 1960s New York is the setting for this fourth novel by best-selling historical fiction author Benjamin (The Aviator's Wife). Riding high on his early literary successes, Truman Capote delights in the company of his 'swans,' a circle of wealthy married women attracted to both his impish charisma and his love of good gossip. Chief among these women is Barbara 'Babe' Paley, the always immaculately dressed and groomed wife of CBS president William S. Paley, who allows herself to be vulnerable around Capote in a way she can never be with her powerful husband. When a desperate Capote betrays his swans by publishing their darkest secrets, friendships crumble and hearts break. VERDICT Fans of vintage New York glamour who loved books such as Amor Towles's Rules of Civility will relish this chance to experience vicariously the lives (and fashion choices!) of the city's rich and famous. Benjamin convincingly portrays a large cast of colorful historical figures while crafting a compelling, gossipy narrative with rich emotional depth. Highly recommended."
—Library Journal, starred review

"Elegant Babe's thoughts, if not her lips, are unsealed at last."
—Kirkus Reviews

"I am reading—and swooning over—The Swans of Fifth Avenue by Melanie Benjamin, which releases next January. You probably know her from her last book, The Aviator's Wife. It's a juicy story of the friendship between Truman Capote and socialite Babe Paley. Her friends, known to Truman as 'the Swans,' include Slim Keith, C. Z. Guest, Gloria Guinness and Pamela Churchill. The editor advised in her opening note that I would find myself googling all the characters as I read—and she has been soooo right."
—Book Reporter

"Benjamin has given us a compelling look at an American icon, a talented yet vulnerable man, and the complex woman he loved in his own distinctive way."
—Philly Inquirer (read the full review)

"The strange and fascinating relationship between Truman Capote and his 'swans'—Babe, Slim, Gloria and the other social x-ray women of the era are wonderfully re-imagined in this engrossing novel where everyone behaves so badly and yet has so much fun. It's a credit to Benjamin that we end up caring so much for these women of power, grace and beauty—and for Capote, too."
—Sara Gruen, New York Times bestselling author of Water for Elephants

"A delicious tale of when society gossip became an art form, a spectator sport, and eventually a lethal weapon. Melanie Benjamin has turned Truman Capote's greatest scandal into your next must-read book club selection."
—Jamie Ford, New York Times bestselling author of Hotel on the Corner of Bitter and Sweet

"Reading The Swans of Fifth Avenue is like being ushered into a party where you're offered champagne and fed the sumptuous secrets of New York's elite without having to pay the price afterwards. The swans are outmatched only by the elegance of Melanie Benjamin's prose—captivatingly earnest and sophisticated."
—Vanessa Diffenbaugh, author of The Language of Flowers and We Never Asked for Wings

"A delicious amalgam of wit, gossip, beauty, and scandal, The Swans of Fifth Avenue serves up a fictional roller-coaster ride through the chic midcentury world of Truman Capote and his high-society muses, meticulously researched and cleverly imagined. From Capote's devious charm to Babe Paley's tragic glamour, Melanie Benjamin conjures, in vivid detail, a lost world where secrets were currency and antique pearls and a good martini were the only accessories that mattered. The season's must-read guilty pleasure."
—Michael Callahan, author of Searching for Grace Kelly

"In a word—fabulous. The Swans of Fifth Avenue is a compulsively readable tale of friendship, betrayal, tragedy and unconventional love. Benjamin skillfully reveals the duplicity, narcissism, charm and vulnerability that defined Truman Capote and how those closest to him paid the price for his love of celebrity."
—Renee Rosen, bestselling author of What the Lady Wants and White Collar Girl

"Melanie Benjamin's heart-rending story of Truman Capote's betrayal of the women who adored him is at once gossipy, intimate, poignant and astonishingly perceptive. Led along by Melanie's enviable gift for spinning a tale, I devoured this compulsively readable book in two sittings. I've told everyone I know to read Swans, because Melanie Benjamin is at the height of her storytelling prowess, with no end in sight."
—Robin Oliveira, bestselling author of I Always Loved You

"The Swans of Fifth Avenue is a beautifully written story of friendship, love, and betrayal. It is a fascinating look at a gossipy, glamorous world filled with brilliant and vulnerable people. Every moment of triumph and tragedy is riveting, and Melanie Benjamin makes this gilded world come alive in a funny and moving novel that captivates from the first page to the last."
—Edward Kelsey Moore, New York Times bestselling author of The Supremes at Earl's All-You-Can-Eat

"The Beautiful People of the 60's and 70's glitter in this riveting tale of betrayal and greed in which Truman Capote trundles toward his own ruin. Irresistible, astonishing, and told with verve. Not to be missed."
—Lynn Cullen, nationally bestselling author of Mrs. Poe

"The Swans of Fifth Avenue is a deliciously spiky novel of love and betrayal in 1950s high society Manhattan. In prose as elegant as her real-life characters, Melanie Benjamin delivers a glittering but cautionary tale of the corrosive effects of celebrity. I loved every page of it."
—Alex George, author of A Good American