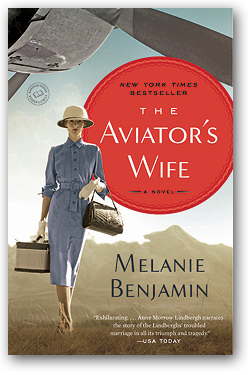 "Vivid and mesmerizing, The Aviator's Wife takes us behind the scenes and into the heart of the woman who loved and married Charles Lindbergh. That was her destiny—a life that took her soaring into the skies and then plunged her to earth, a story of both triumph and pain that will take your breath away."
—Kate Alcott, Author of The Dressmaker

For much of her life, Anne Morrow, the shy daughter of the U.S. ambassador to Mexico, has stood in the shadows of those around her, including her millionaire father and vibrant older sister, who often steals the spotlight. Then Anne, a college senior with hidden literary aspirations, travels to Mexico City to spend Christmas with her family. There she meets Colonel Charles Lindbergh, fresh off his celebrated 1927 solo flight across the Atlantic. Enthralled by Charles's assurance and fame, Anne is certain the celebrated aviator has scarcely noticed her. But she is wrong.

Charles sees in Anne a kindred spirit, a fellow adventurer, and her world will be changed forever. The two marry in a headline-making wedding. Hounded by adoring crowds and hunted by an insatiable press, Charles shields himself and his new bride from prying eyes, leaving Anne to feel her life falling back into the shadows. In the years that follow, despite her own major achievements—she becomes the first licensed female glider pilot in the United States—Anne is viewed merely as the aviator's wife. The fairy-tale life she once longed for will bring heartbreak and hardships, ultimately pushing her to reconcile her need for love and her desire for independence, and to embrace, at last, life's infinite possibilities for change and happiness. 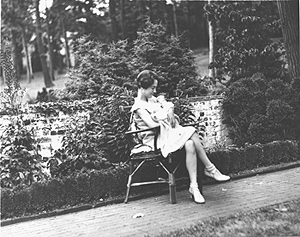 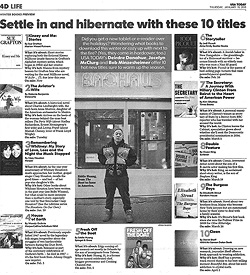 Drawing on the rich history of the twentieth century—from the late twenties to the mid-sixties—and featuring cameos from such notable characters as Joseph Kennedy and Amelia Earhart, The Aviator's Wife is a vividly imagined novel of a complicated marriage—revealing both its dizzying highs and its devastating lows. With stunning power and grace, Melanie Benjamin provides new insight into what made this remarkable relationship endure.

Read about the world of Lindy and Anne

"Talented historical novelist Benjamin has a knack for picking intriguing, if somewhat obscure, women in history and making them utterly unforgettable...Intimately depicting [Anne and Charles Lindbergh's] marriage of duty and partnership in the air, as well as the horrific kidnapping and murder of first child Charles Jr., this is less love story than voyeuristic glimpse at one of the 20th century's most captivating men through the eyes of the woman who knew him best. In true Benjamin style, it's Anne who captures us all in this exquisite fictional take on an iconic marriage." Starred Review
—Publishers Weekly

"Benjamin, author of the highly acclaimed Alice I Have Been (2010) and The Autobiography of Mrs. Tom Thumb (2011), delivers another stellar historical novel based on the experiences of an extraordinary woman...Fictional biography at its finest." Starred Review
—Booklist 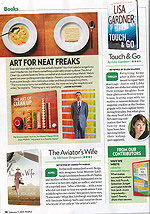 "a thoughtful examination of the forces which shaped the author of Gift from the Sea."
—Kirkus

"What Mrs. Lindbergh was ready for will fascinate history buffs and surprise those who know of her only as 'the aviator's wife.'"
—People Magazine

"...riveting...the reader's heart breaks with Anne's as she copes with the infamous kidnapping and death of her firstborn, baby Charlie—and her husband's coldness."
—USA Today

"Benjamin's primary focus is on Anne's evolution from submissive helpmate into the author of the feminist classic Gift from the Sea...Well-researched and paced, this novel will certainly spark readers' interest in learning more about this famous couple."
—Library Journal 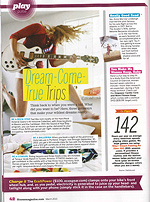 "In The Aviator's Wife, Benjamin offers a vivid portrait of the private side of the man and his family... From Anne's growing self-confidence as Charles' co-pilot in exploration to the tragic kidnapping of their firstborn son to Lindbergh's extra-marital affairs, we share the joys and sadness of the aviator's wife in this poignant novel." Indie Next List Pick
—Vicki Erwin, Main Street Books, St. Charles, MO

"You'll love getting to know this strong heroine when she steps out from behind her husband's shadow once and for all."
—Fitness Magazine

"If you're curious about what it must have been like to have been courted by and wedded to the most famous man on earth, read The Aviator's Wife. Melanie Benjamin's novel is a soaring triumph, an imaginative feat that will immerse you in the Lindbergh's legendary marriage and illuminate the extraordinary woman who served as his co-pilot, who set out to circumnavigate the globe with him, and who, for the privilege of sharing her husband's heroic glamour, paid a devastating price. A spectacular saga."
—Adrienne McDonnell, author of The Doctor and the Diva

"What happens when you marry the greatest superstar of his time? Beneath the boyish persona of the beautiful aviator Lindbergh is a driven man, impossible not to love and yet impossible to live with. In this compelling portrait of a marriage between the naive young Anne and her world famous husband, Anne will overcome tragedies and betrayals to evolve into a strong woman and writer; even then when she has gained so much, she cannot entirely put aside the man she loves. This soaring novel of a woman's journey through a difficult marriage to self-discovery is sure to be a book club favorite."
—Stephanie Cowell, author of Claude & Camille 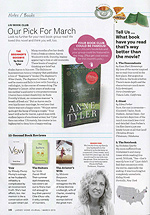 "Here, passionately imagined, is the story of Anne Morrow Lindbergh, the wife of one of the most legendary American heroes of all time. Vivid and mesmerizing, The Aviator's Wife takes us behind the scenes and into the heart of the woman who loved and married Charles Lindbergh. That was her destiny—a life that took her soaring into the skies and then plunged her to earth, a story of both triumph and pain that will take your breath away."
—Kate Alcott, Author of The Dressmaker

"Benjamin does a tremendous job of overlaying the facts with a writer's paintbrush that really make Charles and especially Anne come alive for the reader. This is by far Benjamin's best work to date."
—Nancy, Blue Willow Bookshop

"The Aviator's Wife vividly evokes the aeronautical prowess and personal tragedy most often associated with Anne and Charles Lindbergh and offers a fascinating glimpse into the uneasy marriage of one of America's most intriguing couples. The attraction, tension and missed possibilities between the two are deftly handled, as is Anne's quiet longing for a fuller life. Be prepared to question all you thought you knew about the Lindberghs."
—Cathy Marie Buchanan, author of The Painted Girls

"I loved The Aviator's Wife both for its historical sweep and its emotional intimacy in its portrayal of a complex marriage lived in the glare of international publicity and tested to destruction by an abominable crime. I felt that Melanie Benjamin inhabits Anne Morrow Lindbergh completely, giving expression to her imagines feelings in lyrical prose, and freeing her from the shadows of her husband's stratospheric fame."
—Isabel Wolff, author of A Vintage Affair 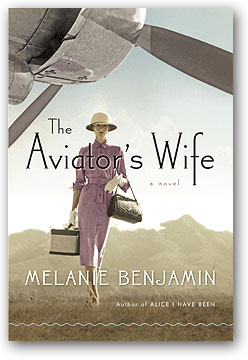 "Anne Morrow Lindbergh steps into the light and comes into her own on these pages. Sweeping yet intimate, The Aviator's Wife is a captivating story of the heights, burdens, hard truths and defiant secrets of life with an imperfect hero."
—Ania Szado, author of Studio Saint-Ex

"In The Aviator's Wife, Melanie Benjamin paints a nuanced, unflinching portrait of Charles and Anne Morrow Lindbergh that bursts with evocative detail and metaphor. Through Ms. Benjamin's brilliant exploration of hero worship and tragedy, readers of The Aviator's Wife will experience the growth and transformation of a remarkable woman in a tumultuous age."
—Mitchell James Kaplan, author of By Fire, By Water

"Oh how I loved this novel! Melanie Benjamin brings Anne Morrow Lindbergh so vividly to life that I feel I am sitting in my kitchen, confiding secrets over a cup of tea."
—Carla Buckley, author of Invisible

"An unflinching exploration of the most intriguing, public, and tragic marriage of the twentieth century."
—Francine Mathews, author of Jack 1939

"The Aviator's Wife offers an evocative confession by one of the 20th century's most enigmatic women; Anne Morrow Lindbergh's sensational triumphs and tragedies, as well as the travails of her famous marriage during the golden age of aviation and literature, are woven into a page-turning portrait of the dreams and disillusions of America itself."
—C.W. Gortner, author of The Queen's Vow